Every so often my almost eight year old says he wants to learn to sew.  I get all excited and suggest different types of projects like pajama pants or stuffed animal sleeping bags, and he seems interested but then wanders off to play Wii or sword fight with his brother and I’ve lost the moment.  He’s tried out the sewing machine a few times, but that’s about it.

Today we made it a little further.  His pig, Jeffrey, was apparently in desperate need of a cape.  And the cape needed to have a pocket so Jeffrey could sleep in it. Some scraps of flannel and some left over strips for supplies, a little maternal hovering, one hand on the watchful pig, and a sleeping bag cape was born. 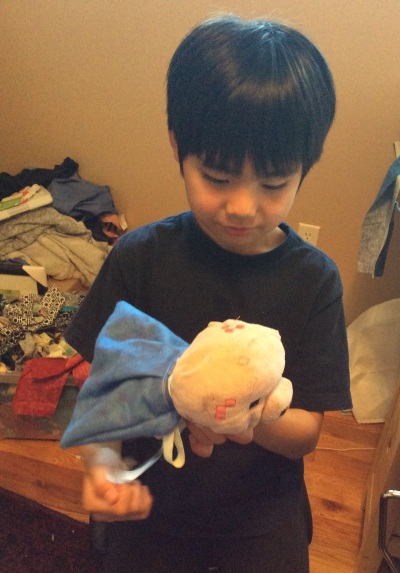 We didn’t worry about details like finished edges.  Jeffrey doesn’t seem to care.

One thought on “The next generation”