The last couple weeks I have been both busy and lacking in energy.  Other than on the weekends, I haven’t gotten much accomplished on the crafting front.  (Or the house cleaning, cooking, or even child raising front.  We’re in danger of becoming a TLC disfunctional family show around here.)

I did have one finish.  I’ve been wanting to sew a bathrobe for awhile.  Our bathroom isnt connected to the bedroom which means a short hall dash after every shower.  Once again, I’d let far too much time go by, but I did finally make myself a terry cloth robe.

The pattern is a very simple one, found here at Connecting Threads.  The biggest change I made was using terry cloth for the lining.  It bulked it up a lot.  To reduce that some, I added in some waist shaping.  Oh, and I made it knee length instead of long, so I didn’t need the side slits.  But other than that, I followed the pattern, really! (OK, I also changed the hemming method to reduce its bulk too, but that wasn’t very successful, so let’s not talk about that.) 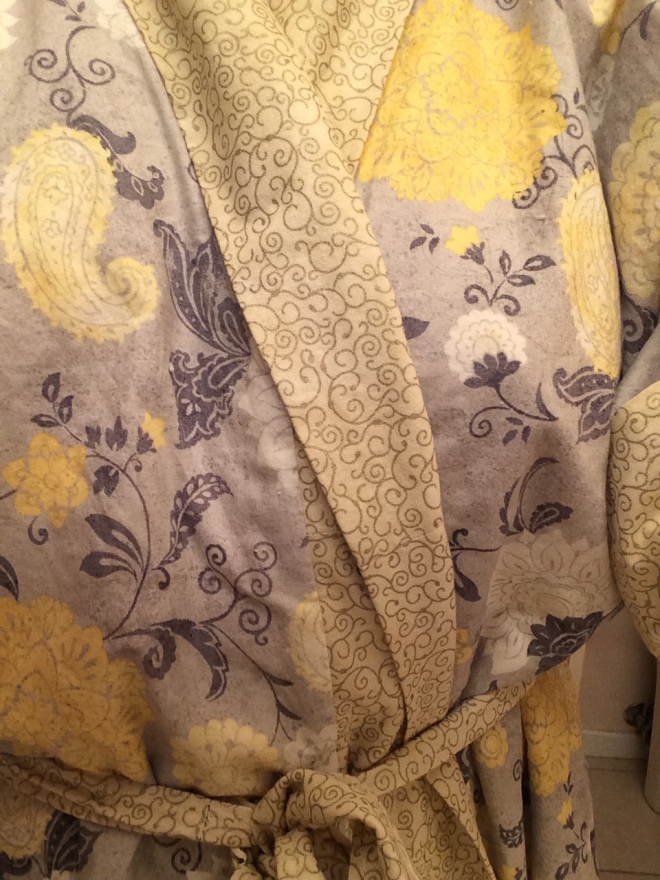 I think there will be a next time for this one, and there will be more changes.  I’m going to keep the terry cloth, change the hemming method again, keep the shaping and add more to make a curve in the under arm angle, and add some padding in the trim to better match the bulk of the rest of the robe. Oh, and make the arms longer.

But meanwhile it is keeping me warm and covered and that’s the important part.

Other than that, not much other sewing to show.  Except I did finally finish adding in all the squares on my scrappy star quilt top.  Still a lot of attaching to go, which includes a lot of partial seaming.  But the end is in sight! 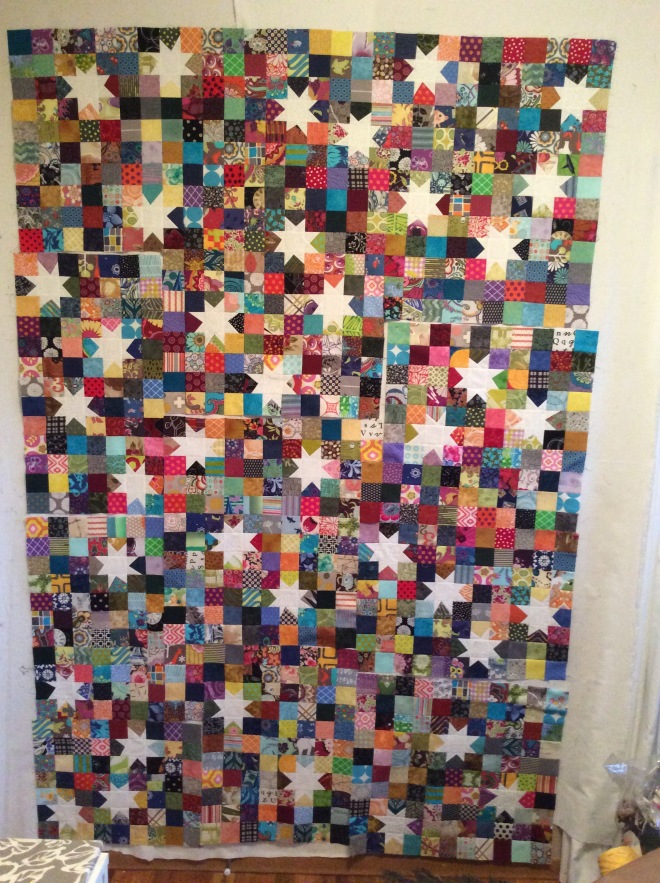