I am again knitting socks. After a weekend with more frustrations than rewards, I required a bit of yarn therapy – I made it to Twisted on Sunday just enough before closing time to grab a beautiful skein. 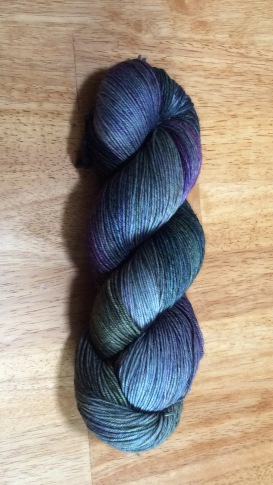 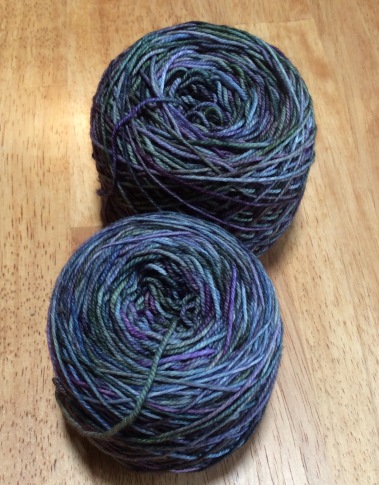 And there will be no more second sock syndrome for me!  Although my version of the syndrome isn’t a reluctance to get that second one cast on.  It is more a failure to remember details – how many rows was that first sock’s cuff?  How did I change the heel?  If the number of stitches I cast on was reduced by six, how many stitches did I use in the gusset?  I take notes, but never write down enough.

The purple socks made it clear that Changes Must Be Made.  So I got a second pair of my current favorite sock knitting double points (Hiya Hiya U.S. 1.5s – pointy, light enough to stay in place, slick enough to slide without effort) and decided to knit both socks simultaneously.  Or as simultaneously as is possible while holding only one sock at a time.

Aside – how does that two socks on one needle thing work?  Such a mystery to me.

The yarn is Malabrigo sock, colorway Zarzamora.  Green and blue and purple.  Malabrigo is incapable of making ugly colorways.  My poor light pics taken with an iPad do this one no justice.

The pattern is Petty Harbour Socks, a simple four stitch, four row pattern that is mostly knit but throws in some purl variations to keep it from being boring work.  Very easy to memorize so I can read or watch TV without putting down the needles.

Progress is being made, and two socks are  emerging from the yarn: 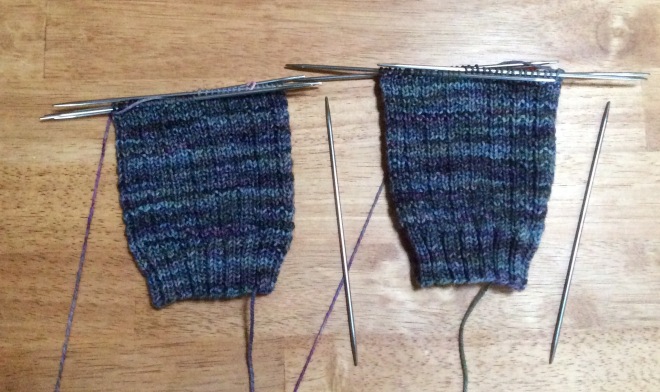