This first one is not my project, but it was accomplished in my house and I supplied some of the materials, and I needed something to do with fabric to post, so I’m using it.

My sister pulled an old desk chair from the Goodwill pile – we bought it at some point at Goodwill for my son, and now, even rattier, we were sending it back there until she claimed it.

She used a can of silver spray paint that I bought to tone down the chrome on the new dining room light fixture and improved on the chair’s black plastic.

Then she dismantled the cushioning on the back rest and seat, added in some extra batting, and recovered it all with the help of some duct tape (we couldn’t find the staples for the staple gun). The fabric is a horror movie poster print, her favorite genre. 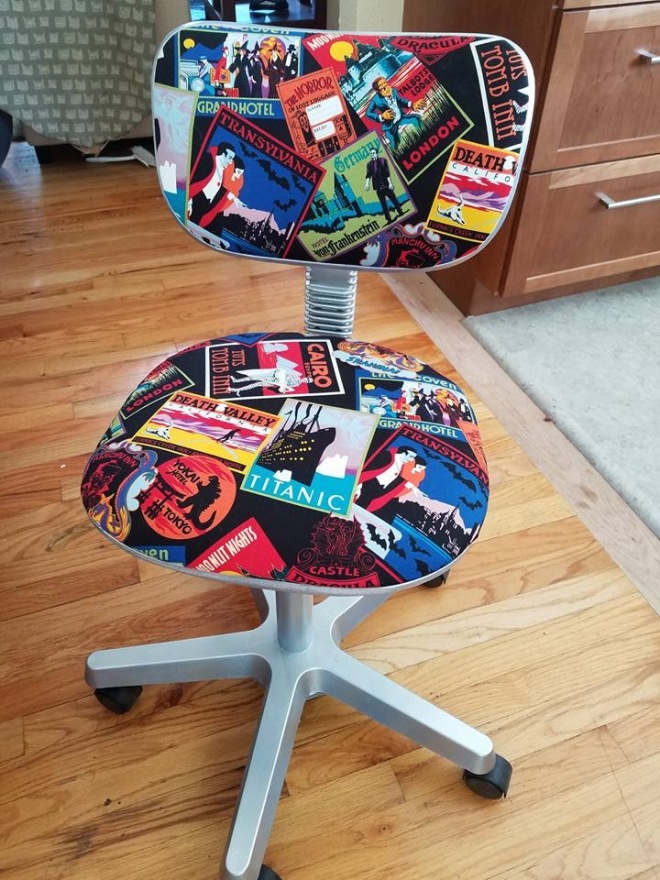 We also have been painting two very basic Target stools for the kitchen’s new breakfast counter.  They were pretty boring, so we added some whimsy. 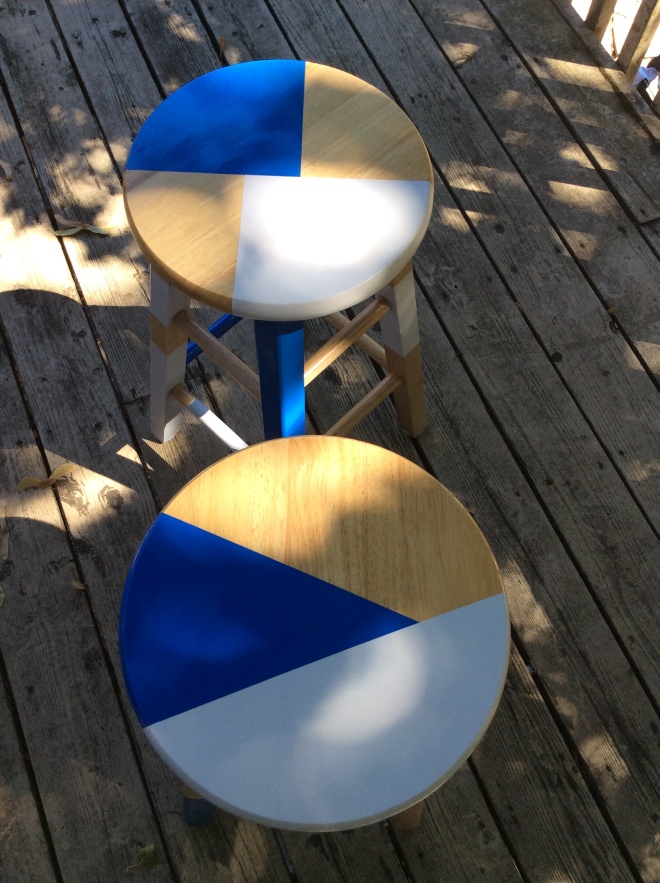 Meanwhile, on the fiber front, I’ve only gotten a few inches of knitting done. 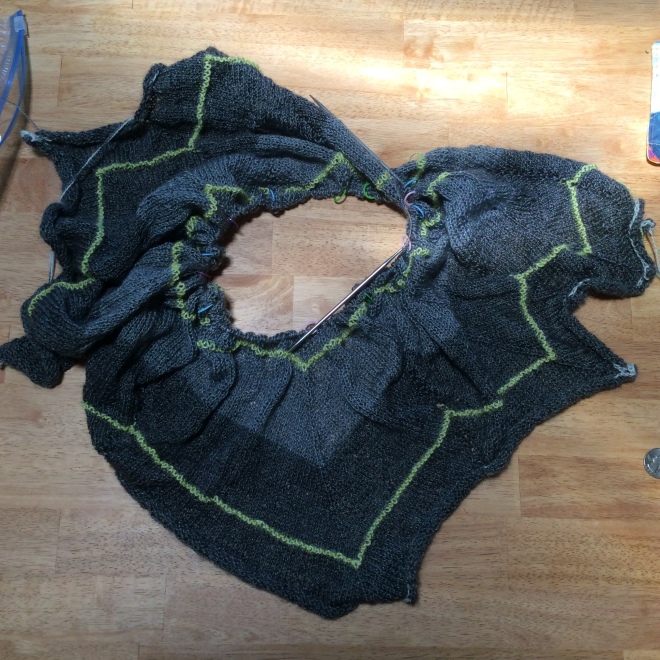 I have only worked on my Volt wrap during odd moments, mostly while watching the Olympics.  I had a major set back when I screwed up an increase and didn’t notice until much later.  I had to rip back 6320 stitches. Ouch.  Such a dumb mistake in such a simple pattern.

But the kitchen-remodel-that-ate -summer, after a series of mishaps and set backs, is so close to ready for its big reveal. Just a few details remain.