Taking advantage of yet another day without school, I finished a paper pieced block for my younger son’s quilt.   There has been quite a lot of nagging about it lately, so I promised him that I would get back to work on it.

This octopus block is from a quilt-a-long that started in 2015, so I have a lot of catching up to do!  This is the sixth block that I’ve completed, so it joins the sea turtle, message in a bottle, manta ray, sea lion pup, and bluefin tuna in the accomplished pile. 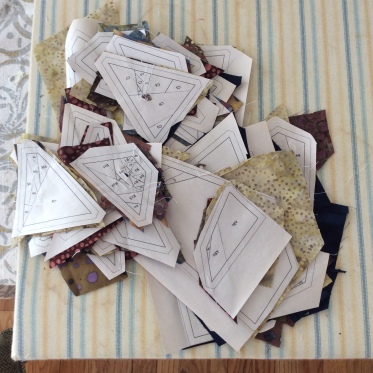 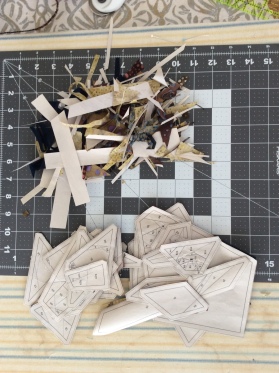 While there were still a lot of pieces, this one was simpler than some of the others. Far fewer tiny little bits to sew together.  Still makes a mess though. 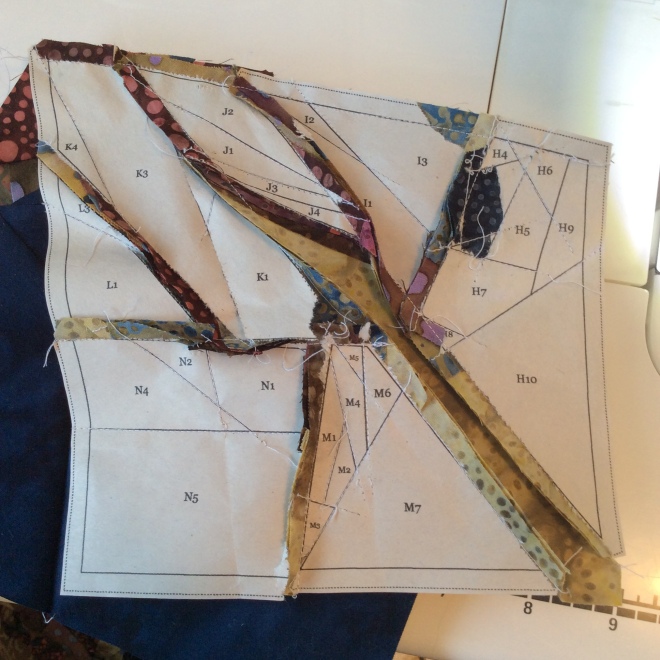 I have a couple more blocks I want to add, although I’m subbing in some creatures from another source, and then I will be able to put the top together. The plan is wide sashing and borders with some sort of sea themed fabric, and to arrange them with the beach creatures at the top  and the deep underwater life at the bottom.

I also think I’m going to try quilting each block individually before sewing them all together so I can get the details right without a lot of wrestling of a bulky quilt sandwich.

5 thoughts on “Oceans BOM – an octopus”