For some reason this one really gave me fits.  I managed to get all the fabric right side out, but putting the pieces together was one dumb mistake after another.  Clear visual and written directions aren’t a lot of help if you don’t look at them!

I thought things were moving along swimmingly – all four part As were attached to their part Bs. 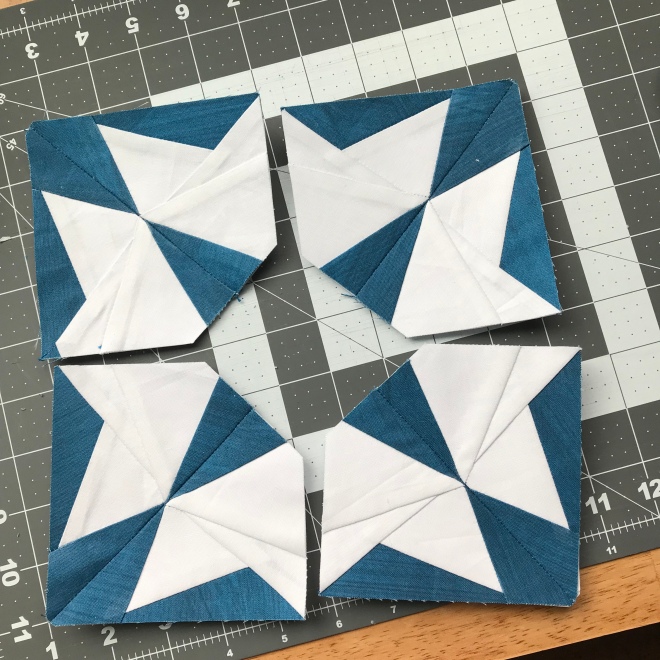 That was when the seam ripping began.  Part C was not going to fit on that short edge. 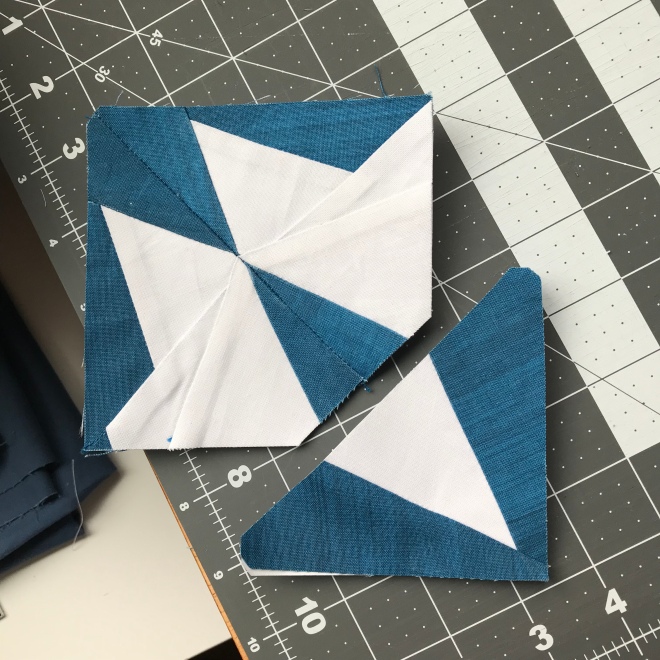 Sigh – I’d sewn A & B together on the wrong sides.  And because I was working in an assembly line fashion, that meant all the sections were mis-sewn.

The Cs finally on, my next struggle was to get the seams to line up right.  There was more seam ripping — three times on the last seam! — and a bit of cursing, but it finally came out.

Just don’t look at the back.  There is a lot of fraying. 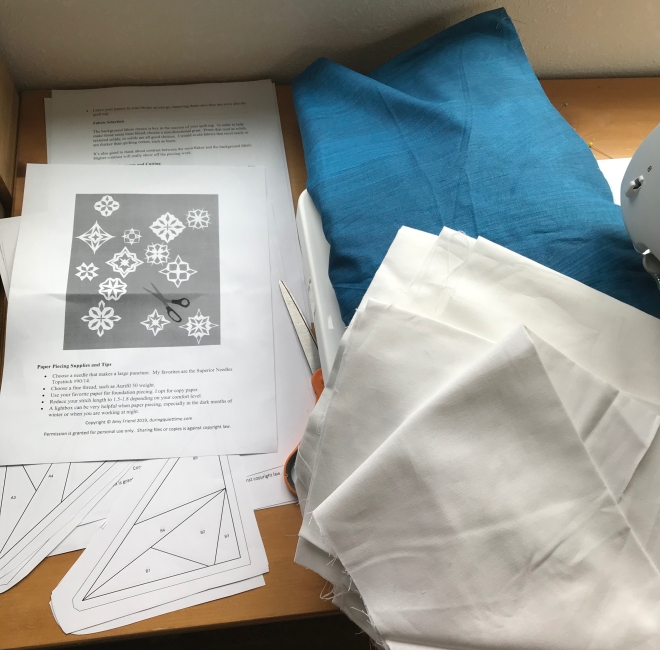 I’m really excited about the block of the month quilt that I signed up for.  It is called Papercuts, is designed by Amy Friend, and I love both the idea and the execution. 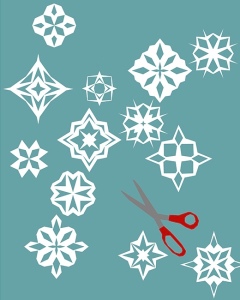 I’ve always liked making paper snowflakes — my boys and I used to make them and tape them in the windows to help attract snow. And a blue and white quilt is on my to-do list.  This BOM runs all year, so it will be finished in time for the holidays next year.

I got a late start, only stumbling across the pattern in late January, and then my background fabric order only arrived yesterday.  Turns out I also didn’t have much white fabric either, so I had to run to the store to get lots more.  But finally on Sunday I was able to sit down and make the first snowflake,

This block is called Cloud.  (Each snowflake is named after a descriptive word for white.) 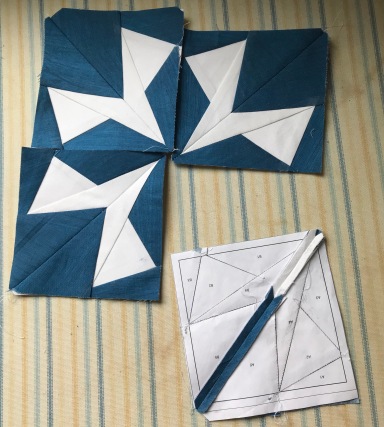 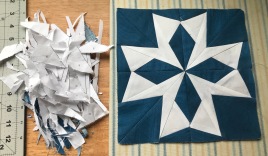 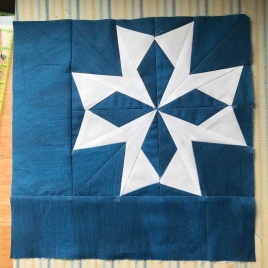 There is a second one for January, and the two patterns for February have also come out, so I need to increase my speed.  It takes me a while to get back in the paper piecing groove when I haven’t done it for awhile.  There’s always some sewing wrong sides together and misjudging scrap angles when I first start out again.

Next up is Squall.

And the paper snowflake magic may be working — we have a prediction of our first possible snow fall tonight.